Most of us who own telescopes have had the experience of setting up our equipment for a night's session only to have clouds roll in shortly after doing so. I always had thought it would be wonderful to have a permanent setting for my scope and equipment. But the thought of building or buying an observatory seemed daunting - the latter due to the cost and the former because of my limited carpentry skills. With my father-in-law's occasional guidance and assistance, I decided to take up the challenge of buiding my own observatory.

After viewing several web sites by amateur astronomers who built home observatories, I decided that a roll-off roof design was the way to go. In my effort to keep it simple, I chose to modify a prefabricated garden shed kit (the Somerset by HandyHomes, Inc.). The kit itself cost 650.00; the extra lumber and hardware cost another 450.00, keeping the total very manageable.

I figured that I had to dig at least four feet down to get past the frost line for my region (Southeastern Minnesota). I rented a gas-powered auger for the seven holes I needed - one to hold a 12 in. diameter concrete forming tube for the pier and six for the 4x4 in posts at the corners of the building and side support.

The pier is fashioned it out of four-inch pipe and nine-inch wide flanges. The bottom flange was cemented into the base (the pier itself would later be threaded onto it). The top of the pier has two flanges back to back. They are bolted together. The top surface of the flange was machined to fit the telescope (see next to last photo). 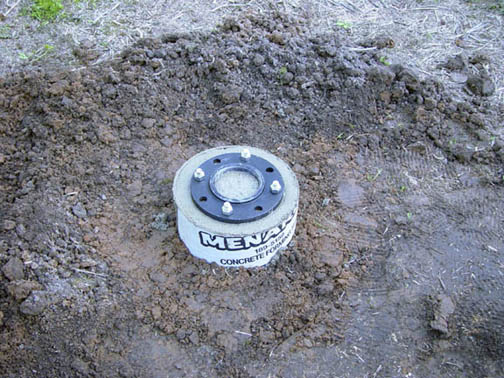 Once the base was set, I needed to build the floor around it. I attached the frame to the 4x4 corner posts, making sure that everything was square and level in the process. Because I used 2x4s, I had to lay some additional support under the floor to keep it from bowing too much under my weight. In retrospect, I would have been better going with 2x6 (or even 2x8) lumber. 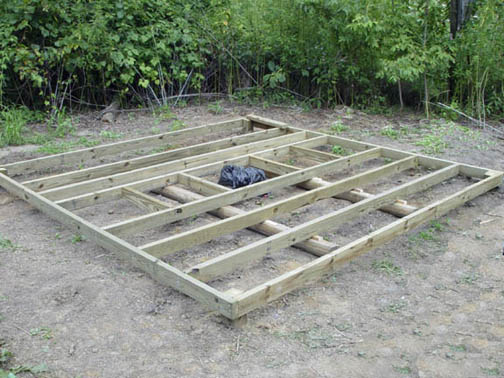 The floor covering and walls were fairly straightforward once I got this far. 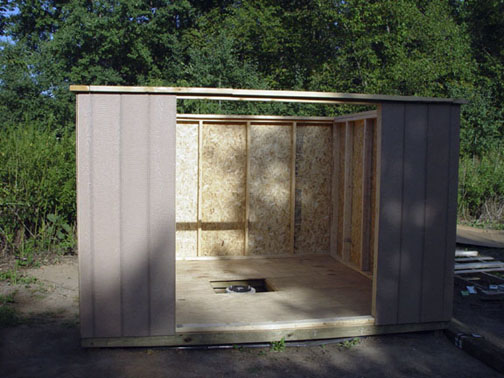 The next step was to build the side support structure for the roof. This was pretty basic. I just needed to make sure that it was level with the top of the building. Also, I nailed a wooden block on the end of each side support. You wouldn't want the roof to roll completely off of the building, would you?! 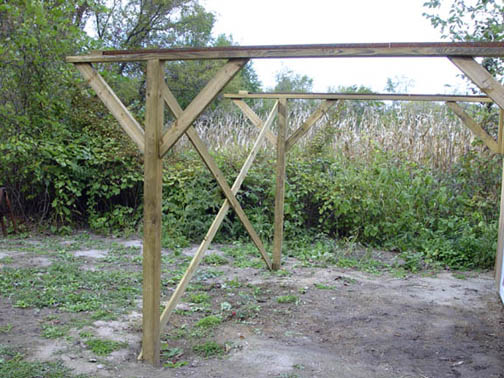 The roof was the biggest challenge. I constructed a square frame out of 2x4s and screwed four steel casters onto the bottom. Each caster had a rated capacity of 400 pounds. I placed this frame on top of the building before proceeding any further. This was a good idea for a couple of reasons. First, it would have been too heavy for two people to lift once the gussets were nailed to it. Secondly, and more importantly, I needed to figure the exact placement of the angle iron I used to keep the roof frame on track. I made sure that it rolled smoothly before completing the roof. I used PVC roofing material rather than shingles to keep the overall weight down. I still wanted it to be sturdy enough to withstand a snow covering during the winter months. To keep any rain from blowing in, I nailed 1x6 boards to the rail sides of the roof and attached rubber sheeting to the remaing sides. 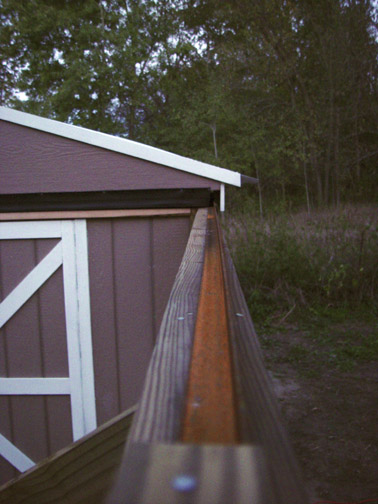 After attaching the doors, the rest was a matter of trimming, painting, and arranging. I was finally ready for first light! 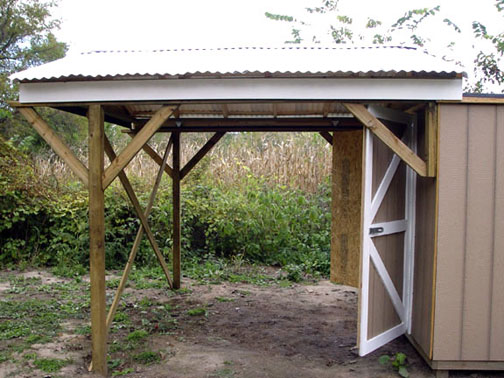 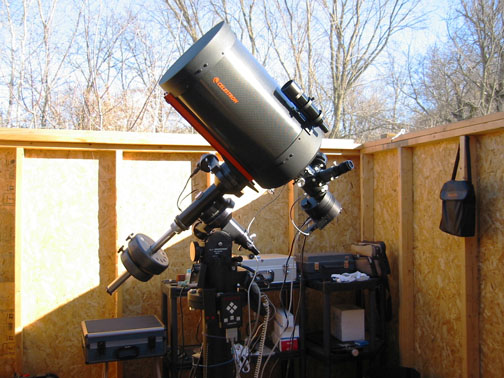 Oh yes, some finishing details: I attached four latches to secure the roof base to the walls of the observatory. I did not want the roof to fly to Oz during the next storm. I also tacked some sheets under the roof to prevent condensation from forming on the inside. 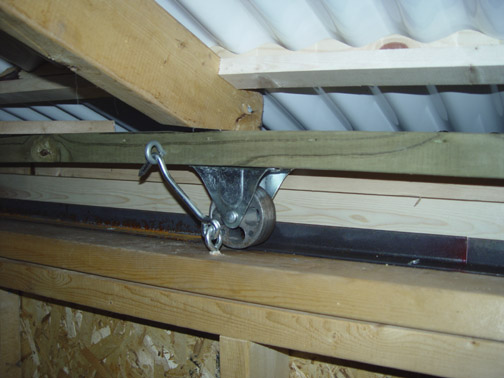 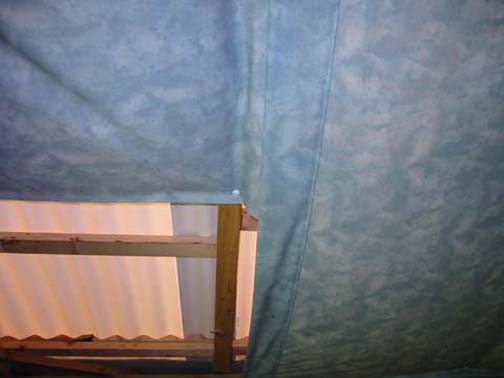